These are the authors who will be our guests each Friday evening in July for our 2012 Twilight Author Talks. Let me introduce them to you. 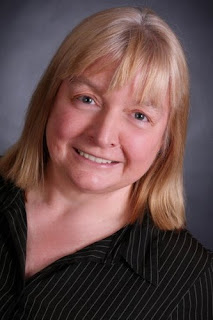 July 6th Jennifer Scoullar
Jennifer's first novel 'Wasp Season' was launched at one of the first Twilight Author talks we ran, it is with very great pleasure that we also launch Jennifer's second book 'Brumby's Run'. Jennifer is an author of rural and environmental fiction. She lives on a property overlooking the Bunyip State Forest in West Gippsland and has always harboured a deep appreciation and respect for the natural world. Her first novel 'Wasp Season', an environmental thriller was officially launched at the Melbourne Writer's Festival in 2008. In May of this year she was writer-in-residence at the Tyrone Guthrie Centre in Ireland. 'Brumby's Run', her second novel will be released by Penguin July 2nd. 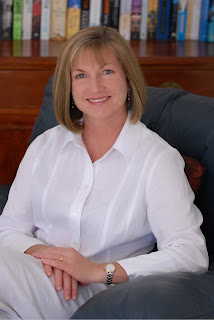 July 13th Helene Young
As an airline pilot with twenty-two years flying experience, Helene finds inspiration for her romantic suspense stories in the most unlikely places She's a senior Captain with Australia's largest regional airline and lives in Cairnes with her husband and a slightly obsessive staffie, Zeus. Her work takes her throughout the eastern states of Australia. Her first novel 'Wings of Fear', won the Australian Romantic Book of the Year award 2011 awarded by Romance writers of Australia. 'Wings of Fear' also won the Favourite Australian Romantic Suspence Novel 2010. As an unpublished manuscript it was a finalist in the prestigious American RWA Golden Heart in 2008. Her third novel 'Burning Lies' will be released by Penguin in July 2012. It is the final book in the 'Border Watch' series. 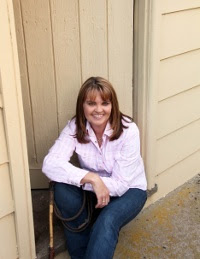 July 20th Margareta Osborn
As a fifth generation farmer from East Gippsland in Victoria, Margareta draws her inspiration from the land and life which she loves. Her great-great grandfather selected their family property in the Macalister Valley in 1862, her children will be the sixth generation to have lived there. For this reason her books take their stories from the heart and soul of the bush she loves and endeavours to convey a sense of coming home. Having lived and worked on a broad-acre cattle station in the north to dairy cropping and grazing properties in south eastern Australia, she writes from the heart about life on the land and its wonderful and resilient people. Her recently published book is 'Bella's Run'. Margareta was in Foster in March participating in her first Book Busking Event.

July 27th Sydney Smith
Sydney was born and grew up in Wellington. She is a former winner of The Age Short Story Competition and has had her short fiction, short memoirs and essays published in Griffith REVIEW, Island, Imago and New England Review. At present she is the co-ordinator of the Victorian Mentoring Service for Writer's, which she founded in 2008. Sydney's book 'The Lost Woman' is published by Text and is a memoir describing her difficult relationship with her mother, who had a mental illness. While much of the content is disturbing, Sydney attempts to humanise her mother and bring some comedy and understanding to the, at times, bizarre world she describes.


These are the stories you can expect to hear at each of the sessions, plus all of the authors will spend time telling the most important stories about how they worked their way to the point they are now, what the hurdles were and how they over came them.

Bookings can be made at Foster's Little Bookshop by phone 5682 2089 or by email flb@virtual.net.au . Cost for each session is $22 per head which includes a glass of wine and finger food. The sessions are held at the Stockyard Gallery from 5.30pm to 7.00pm each Friday evening in July. Numbers will be limited so book early.
Posted by Jan Bull at 2:10 PM